It’s getting very exciting around here: The House on Candlewick Lane is released just two weeks from today! To get everyone in the mood to read about Scotland, and Edinburgh in particular, I have put together a list of some facts about Scotland you may  not have known.

The first fact on today’s list, and by far my favorite, is that the unicorn is Scotland’s national animal.

Second: Edinburgh, the capital of Scotland, was the first city in the world to have its own fire brigade.

Third, the first recorded appearance of the Loch Ness Monster was in 565 AD.

Fourth, Scotland is home to the oldest tree in Europe, a 3,000-year-old twisted yew.

Sixth, it is believed that the world’s first toilet was invented in Orkney, Scotland, in 3,000 BC.

Seventh, one of Scotland’s most famous products, whisky, was actually invented in China.

Eighth, Scotland’s national flower, and one of its national symbols, is the thistle.

Tenth, the game of golf originated in Scotland in the 15th century.

Eleventh, Scotland is comprised of 790 islands, 130 of which are inhabited.

Twelfth, “Alba” is Gaelic for “Scotland.”

And finally, in 2004 Edinburgh became UNESCO’s first “City of Literature.”

This photo was taken on the Isle of Skye earlier this year: 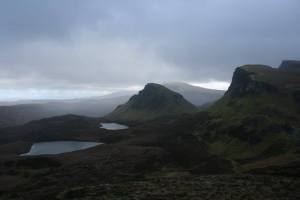 Do you have a favorite fun fact? Do you know of others that I didn’t mention here? Share them with us! 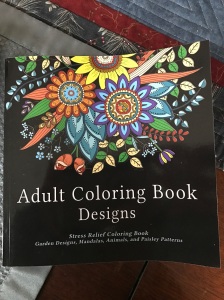 I wrote a post today for Novel Spaces, where I post on the 22nd of each month. The post is all about adult coloring and it’s benefits for your mind and spirit. You can check it out here.

A little humor for your Thursday…thanks to Sally Cronin!

What a treat to find Reade and Write listed on Susan Toy’s list of recommended blogs today! And what a lineup of other bloggers- I hope you’ll check them out, as I’m doing. Thanks again, Susan!

While it was impossible for me to have followed, listed, and awarded in my earlier post every blog I know of that is good, I didn’t want anyone to think they’d been forgotten. So here’s an additional list of blogs, many written by published authors, that are always interesting and informative, and will provide you with great reading! (Some of these bloggers review books, interview authors, run guest posts, reblog regularly from other blogs, and promote new publications, as well as offering solid information on writing and getting published and the book business in general, so if you are an author you would be wise to check out all the blogs on this list.)

And some have reviewed and interviewed me, as well as hosted my guest posts!

Links are included as well for those authors who have been promoted on my blog, Reading Recommendations.

As I write this post, it’s still 2016 and I’m anxiously awaiting December 31st at midnight when one long year will become nothing but a memory and will hopefully yield to a happier new one.

I’m not the only one who has expressed the feeling that 2016 may have been one of the Nine Circles of Hell. If you’ve been on social media at all recently, or if you’ve even been conscious, you’ve no doubt noticed the numbers of people saying they can’t wait for 2016 to end. And it wasn’t just The Election. That may have sucked much of the joy out of 2016 (regardless of who you voted for), but it was other things, too. It seemed everywhere I turned 2016 held bad news. Bad news for friends, for family. Bad news for people’s health, both physical and mental. Bad news for people all over the world who despise terrorism, for people who loathe war and its atrocities, bad news for people who love freedom and the rights and responsibilities that go along with it.

But was it all bad? I just can’t bring myself to believe that a whole year passed and nothing good happened. And so I’ve been giving that a lot of thought.

Turns out there were some good things that happened in 2016, despite all the bad news: a good friend was declared cancer-free. My eldest graduated from high school and loves (read: LOVES) college. My other daughter joined National Honor Society. My son may have broken six ribs on a camping trip in August, but he’s doing fine. My husband and I celebrated twenty-one years of marriage. Our family visited Scotland and experienced what must surely be one of the most beautiful places on earth. I had the opportunity to meet in person a formerly-online friend in Ocean City over the summer: we chatted and shared ideas about writing and marketing, but more importantly, we got to know each other better and I hope we can see each other again this summer.

What I wish for you in 2017 is more moments of joy and peace. The whole year doesn’t have to be a non-stop thrill ride of happiness and excitement to be considered “good.” I believe it’s the little things that add up to make joy, so I wish you lots and lots of those little things all year long.