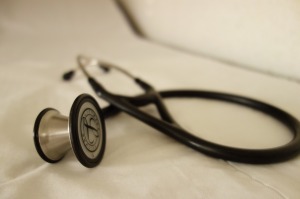 Maybe you remember a while back when I said I wanted to learn to write short stories. I announced back then that my goal was to write a short story by July 1, 2017.

Well, I’ve written one and I’m sharing it with you today because I’d like to know what you think. Honest opinions, okay? If you don’t like it, tell me why. If you do, tell me why. If you want to send me a private message on Facebook to share your opinion rather than put it in the comments, I welcome that.

As far as Lorna was concerned, the blame for this whole situation could be laid squarely at Jack’s feet.

Hadn’t she given him the best years of her life? Hadn’t she stretched dollars and food while he was in school? Hadn’t she deprived herself of new clothes, new shoes, and even decent haircuts so he could follow his dream of becoming a doctor? Hadn’t she put up with his miserable mother for three decades?

Hadn’t she raised their two kids to be successful and independent? Wasn’t their home, now that Jack was a prosperous and well-known plastic surgeon, the envy of all the neighbors? It was all her.

And how did he thank her for all those thankless years? With divorce papers. With the stinging words “irreconcilable differences.” Was he kidding?

Of course he was. There were no irreconcilable differences. How could they have differences when they barely spoke anymore? Jack, never home, always “working” or so he said, Lorna always lunching with one or another of the moms from the gym, every night at some community or social club meeting.

The kids knew before Lorna did. Why did he have to tell them first? When she called Lily to declare her disbelief, her shock, Lily had merely said that she had seen this coming for years. Sure, she felt bad, but it was her opinion that Lorna should pick herself up, move forward, and never look back.

And Brian said basically the same thing. “Mom, I would think you’d be glad. Now you can have your own life.”

“You like not talking to Dad?” Brian asked. “You like living with someone who’s no more than an absent roommate?”

“Yes,” Lorna insisted. “This lifestyle suits me. Now I’m going to have to get a job. What can I do? I can’t do anything.”

“You’re a good cook,” Lily had said. “Open your own catering business.”

“Great idea. Who’s going to give me the money to start it up?” Lorna asked.

She could practically see her daughter shrugging through the phone. She may have raised those kids to be successful, but they were sorely lacking in empathy, Lorna thought.

“You can do lots of things,” Brian had said. “Open your own decorating business.”

“And how am I going to find money to rent a space and fill it with products for people to buy?” Lorna asked.

Lorna called up Sheri, one of her friends from the gym. “What am I going to do?”

“I had a friend once who got divorced and she put herself through college after that and now she owns a software company,” Sheri said.

“Is that supposed to make me feel better?” Lorna asked.

“I was just trying to say that things may look bad now, but it’ll all work out for the best. You’ll see.”

Lorna had not received the proper amount of sympathy from either of her kids or Sheri. She poured herself a drink and waited for Jack to come home. They needed to talk.

“I am not.” Lorna was slurring her words.

“Mom, you’re going to be embarrassed when Dad comes home.”

“Why did you call?” Lorna asked coldly.

“To tell you that I can’t come up this weekend. I have to work.” Yes, indeed, they were successful kids.

“That’s okay. I might not be here,” Lorna replied.

“Where are you going?”

“That would be fine. Just don’t expect me to be home very much.”

Lorna had just been teasing, sort of. She knew Lily didn’t want her there, and she frankly didn’t want to visit Lily. Or Brian. Brian’s kids were miserable.

Jack finally got home around eleven. Lorna stumbled to the front door, greeting him with a scornful, slurred “Whereveyabin?”

Jack fixed her with a look of disgust. “Out. You’re drunk.”

Lorna reached out and tried to grab his arm, but ended up spinning around dizzily and landing on her knees in front of him. He reached for her arm and hoisted her to her feet. “Lorna, go to bed. You’re going to hurt yourself.”

He dropped her arm like a live grenade and stalked toward the first-floor guest room. Lorna could hear him lock the door from the inside.

There had to be someone else—she just knew it. Probably one of the pert young nurses who worked with Jack. Or one of the divorced recipients of a new set of boobs or a new nose. Or a waitress from one of the places he went for lunch. The more Lorna thought about it, the more her insides churned with rage, humiliation, and the fear of being alone.

Jack moved out the following week. “For the time being,” he told Lorna, “you’ll have access to the checking account, but only for household expenses. I’ll be keeping an eye on it,” he warned. Lorna fumed. You good-for-nothing jackass.

She called Sheri again. “I’m sorry, Lorn, I can’t talk right now. I’m getting ready to go out. Can we get together for coffee in a couple days?”

Lorna hung up after telling Sheri she thought she had plans. She barked a harsh laugh. What plans could I possibly have? Then she thought of something to do.

She was going to follow Jack and find out who this other woman was.

Jack had given her his new address in case she needed to find him, but he had asked her not to use it otherwise. Who cares? she thought. She drove to the address and found a swanky high-rise. She parked just down the leafy street where she could see anyone who pulled out of the parking garage. Just perfect for the divorced doctor who has everything, she sneered to herself. It probably has a pool where he can ogle his new flame’s surgically enhanced body while everyone else stares, mouths agape.

Knowing his work schedule so well, she wasn’t surprised when he pulled out of the garage in his shiny BMW and turned in the direction of the hospital. She followed him at a discreet distance and waited while he ran into his favorite coffee shop for his morning libation. He didn’t take the direct route to work, but instead made his way to an old neighborhood made of old money. The houses were close together but surrounded by wrought-iron gates over which riotous flowering shrubs tumbled. The houses were all three stories or more, just like the brownstones in New York City or in London’s Chelsea neighborhood.

Jack pulled into a narrow alley behind one block of houses and Lorna had no choice but to park on the street near the end of the alley. She didn’t know if he would turn left or right, so she waited quite a distance from the alley. It wasn’t long before the BMW turned right out of the alley and Lorna sped up to see better. Sure enough, there were two people in the car now.

When Jack got to the hospital, he pulled into the lot across the street, the one specially reserved for doctors, and got out. His companion got out and Lorna gasped. She felt like she had been punched in the gut. She knew the other person—it was Doctor Moss, a cardiologist. She watched in dismay as Jack kissed Doctor Moss and they entered the hospital through separate doors.

She took the long way home. Everything had changed. She hadn’t expected another doctor. 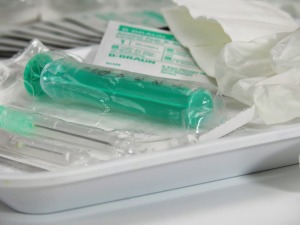