I haven’t posted a Last Tuesday Book Round-Up for a few months, but it’s time I got back on track with it. February was a great month for my reading list, and I’ve been really good about leaving reviews for all the books I’ve read. Remember, reviews are huge for authors, so don’t forget to leave reviews of the books you read!

Set in Louisiana in the summertime, you can feel the muggy heat that seems to make problems worse in this fabulous mystery. Following the deaths of two guests at the Crozat B&B, the Crozat family has to find out the identity of the killer, or killers, before the negative publicity can put them out of business. The main character, Maggie Crozat, has to deal with red herrings galore, a police chief with a grudge against the family, and a big mouth she can’t seem to keep shut. 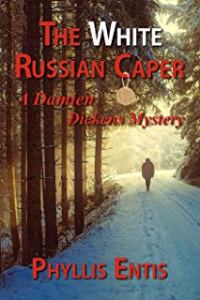 I really enjoyed this book, the second in the Damien Dickens Mystery Series. Set in both Atlantic City, NJ, and Hollywood, FL, it follows Dick and Millie’s investigations into the murder of Miss America. Much of the investigation is shouldered by Millie, but I don’t want to give away more than that. This book was exciting, intriguing, and kept me interested from the first page to the last. 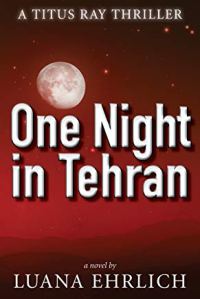 One Night in Tehran by Luana Ehrlich

I have to confess that, for all the time I spend on Twitter, this is the only book I’ve bought based on a Twitter post. And it didn’t disappoint. This was a thrilling story about domestic and international terrorism and the efforts of a CIA agent (on forced medical leave) to figure out the identity of an assassin on US soil and to attempt to stop that person from committing any more murders.

This book, based on a true story you might remember hearing about in news reports not too many years ago, follows an American woman on her quest to figure out why the apartment she has inherited in Paris has lain untouched for so many decades. Filled with antiques, artwork, and any number of stories, the apartment takes hold of the main character’s imagination not only because she never knew it existed, but because no one knows why its owner didn’t bequeath it to her own daughter. 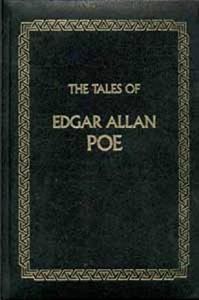 I picked up this book from the library not only because I wanted to reread some of the stories I hadn’t read since high school, but also because there were stories in it that I had never read. As expected, they were pretty gruesome. If you like horror or the more paranormal-type Gothic stories, this book is for you.

In a departure from my usual type of reading, I sat down one night and read through this delightful children’s book by a woman I became acquainted with in a few of my Facebook groups. The illustrations are enchanting and the lessons in the book are great for kids of all ages.

That’s it for February! Keep an eye out for next Monday’s recipe post! 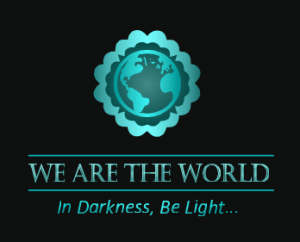 It’s the last Friday of the month–time again for some good news to take you into March with a smile.

The story I’ve chosen for this month is about a brewery that has come up with a solution for cutting down on plastics in our oceans while doing good for the animals who make the ocean their home.

Here’s how #WATWB works: On the last Friday of each month a number of bloggers participate in a blog hop in which each blogger highlights a story that spreads good news, happiness, and hope.

These are the cohosts for this month: Inderpreet Uppal, Shilpa Garg, Sylvia Stein, Peter Nena, and Belinda Witzenhausen.

For anyone in the upper Midwest or anyone planning to travel to the Barbara Vey Reader Appreciation Weekend in Milwaukee, Wisconsin, on April 26-18, 2019, I thought I’d use today’s post to share the schedule of events with you.

This promises to be a great weekend with LOTS of readers, LOTS of books, LOTS of authors, LOTS of prizes, LOTS of giveaways, and LOTS of fun.

Cost: FREE (there will be an opportunity to purchase boxed lunches)

The keynote speaker is actress and author Meg Tilly (squeeeee!)

The lawyer part of me feels compelled to say that this schedule is subject to change, but I doubt it.

If you want to read more about the event, I invite you to visit the Barbara Vey Reader Appreciation Weekend website. Click here to be redirected.

I know there’s some room at my table for Saturday luncheon and Sunday breakfast, so please come! I’d love to meet you or see you there. 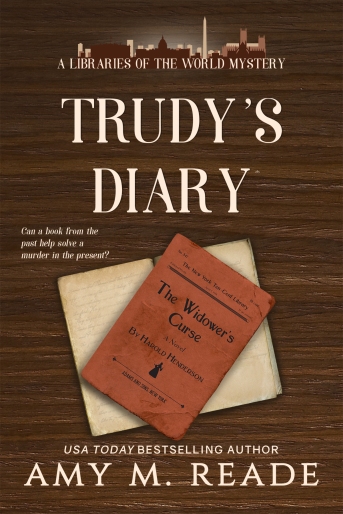 Here it is! My street team, newsletter subscribers, and social media followers saw this last week, so now it’s time for the cover to go on the blog!

Introducing, Trudy’s Diary, Book One in the Libraries of the World Mystery Series!

Daisy Carruthers moved to Washington, DC, from New York City following an emotionally draining murder investigation, little knowing she would soon be involved in two more. But when her boss and her best friend come under suspicion for killing two adulterous lovers, Daisy has no choice but to help when they ask.

And when she comes across a diary and an old dime novel with suspiciously similar stories and unknown origins, she knows all the mysteries are somehow connected.

Can she figure out the identity of the killer–or killers–before it’s too late?

Trudy’s Diary is the first book in my new series featuring special collections from libraries all over the world. In this book, I’ve focused on the Library of Congress in Washington, DC, which seemed a fitting place to start. Book Two, which is in the works and currently does not have a working title, features the map collection at the main branch of the New York City Public Library. Book Three takes my readers over to England, but I’m not going to say any more about that just yet.

I’ll let you know when it’s ready for pre-order! 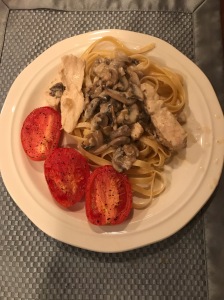 How did it get to be February already? This month a lot of things get squeezed into fewer days than normal, but cooking is always a good way to slow down and take a deep breath. I’ve tried a few recipes lately that I found on the internet, so I thought I would share those with you. Rather than posting full recipes this month, I’m going to post the links to the pages where I found these foods.

This casserole is delicious. You might shrink from the length of the instructions, but it can be made in steps. Honestly, I thought it was far less work than I anticipated. I also cut the recipe in half (give or take) and it still made a ton of food.

Say that ten times fast. This was fabulous. My husband loved it and even my daughter liked it after picking out all the mushrooms. And speaking of mushrooms, the recipe calls for cremini. They’re expensive. I bought a few and used button mushrooms for the rest, but next time I might just use button mushrooms. It would be just as good.

I actually got this from Taste of Home, who reprinted the famous cake recipe. Valentine’s Day falls on February 14th, as you know, and this would be great for anyone who loves chocolate.

If you give any of these a try, let me know what you think. And please send in your own recipes if you’d like!