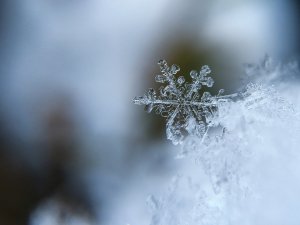 As I write this, it’s about 30 degrees outside my window. I know, I know. Not exactly the frozen tundra, but it’s still cold. The fireplace is kicking out heat and pretty soon I’ll bundle up to take my dog for a walk. She loves the cold–in fact, she’ll lie down on the chilly ground outback and just survey her kingdom for hours.

Today’s weather has me thinking about books set in the wintertime. This weather is perfect for curling up on the sofa and reading. My list isn’t limited to novels; there are books for grown-ups, books for children, and books that combine the best of both worlds.

So without further ado, I present you (in no particular order) with my list for the top 10 books to read during the winter:

The Snow Child by Eowyn Ivey

If you’re a regular reader of this blog, you may remember that I read this book last year. It was haunting. In the several months that have passed since I finished the novel, I’ve come to regard it even more highly. It’s the story of a couple who are blessed with a magical child in early twentieth-century Alaska. You can read my review here.

I read this quite some time ago, but it has stayed with me. It’s a beautiful story told, in part, almost like a fairy tale (albeit a very dark fairy tale). It spans decades and has its roots in the starvation of Leningrad. It’s fascinating and spellbinding, and you’ll remember it long after you read it.

The Lion, the Witch, and the Wardrobe by C.S. Lewis

There’s a reason this book has been read by millions, made into a movie, and spawned countless imitations: it’s really that good. Set in a magical kingdom of eternal winter, it’s the ultimate tale of good versus evil. Younger readers appreciate the action and the family drama that unfolds; adults can appreciate the more subtle messages and dark humor in the story.

A Christmas Carol by Charles Dickens

You know the story: the Ghosts of Christmases Past, Present, and Future visit the miserly Ebenezer Scrooge on the night before Christmas, prompting Mr. Scrooge to learn a valuable lesson about kindness and generosity. If you’ve never read the original by Dickens himself, do yourself a favor and read it. The language is flowery, much more so than modern novels, but there’s something about reading the words Dickens wrote that makes the story even better.

Set in Russia, the coldest of cold places, this book examines the life of Anna, a woman trapped in a loveless marriage who refuses to let that be her destiny. As she attempts to build a life with her lover, she faces scorn, ridicule, and social norms that force her to make a devastating choice. Spoiler alert: as with much of Russian literature, this book does not have a happy ending.

Full disclosure: The Long Winter and the rest of the books by Laura Ingalls Wilder have been among my favorites since I was old enough to read them. This one is especially exciting because it tells the story of one particularly bad winter in the Dakota Territory, when one blizzard after another culminates in a shortage of food, fodder for the animals, and even firewood. It’s thrilling to read about how the people of the territory managed to survive. 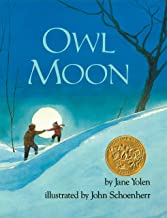 This was one of my favorite books to read to my kids when they were little, but you don’t have to be little to enjoy it. A young girl and her father go owling, hoping to see one of the magnificent creatures swoop by in the moonlit darkness. The illustrations are exquisite and the story is timeless.

Stranger in the Woods by Carl R. Sams and Jean Stoick 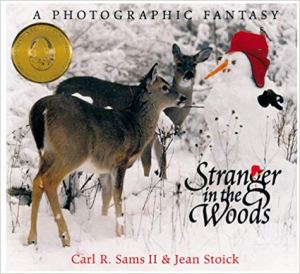 This book, comprised of gorgeous photographs and simple words, is a love story to nature. There’s a stranger in the woods and the animals need to determine whether the stranger means them harm. Spoiler alert: the stranger brings only good.

Holidays on Ice by David Sedaris

David Sedaris has been called “one of the funniest writers alive” by Economist (because who knows humor better than economists??) and this collection of essays/short stories is an entertaining introduction to Sedaris if you’re not already familiar with his writing. Ever wanted to know what it’s like to be a Macy’s elf? Check it out.

And last, but not least, there is a tie between

Murder on the Orient Express by Agatha Christie

You knew there was going to be an Agatha on this list, didn’t you? It was a toss-up between Dame Agatha Christie and another Agatha (Agatha Raisin, nosy and forthright brainchild of M. C. Beaton), so I chose to include both.

Murder on the Orient Express by Agatha Christie is classic Hercule Poirot, with the great detective trying to figure out whodunit in the murder of a millionaire businessman. The murdered man is surrounded by enemies on the Orient Express, a luxurious sleeper train that has become stuck in a huge snowdrift, so Poirot has his work cut out for him.

Kissing Christmas Goodbye follows the antics of fireball Agatha Raisin, Cotswolds detective and middle-aged divorcee, as she attempts to curate the perfect Christmas while trying to find the murderer of an elderly widow. M. C. Beaton, who passed away only three weeks ago, is a master at writing cozy mysteries.

What wintertime books do you recommend?