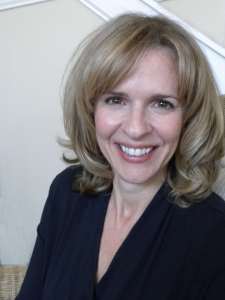 It is with great pleasure that I welcome my friend Nancy Herriman to Reade and Write today. Nancy is the author of the “A Mystery of Old San Francisco” series, the Bess Ellyott Mysteries, two standalone books, AND she has been awarded the Daphne du Maurier Award for excellence in mystery and suspense. She’s here to talk about her upcoming release, No Quiet Among the Shadows, Book 3 in the “A Mystery of Old San Francisco” series.  I should note that I’ve read the first two books in the series and I can highly recommend them. I’m eager to read the new one!

And before I forget, at the bottom of the post there’s information about an opportunity to win prizes when the book launches on March 3, 2020!

Tell us about your new book, No Quiet among the Shadows.

Here’s a blurb to give everyone an idea of what happens:

With the city’s Fourth of July celebrations in full swing, Celia Davies has stolen a moment away from her nursing duties to take in the festivities, but is stunned when she spots the one person she thought she’d never see again—her supposedly dead husband, Patrick. Moments later, the investigator who had confirmed Patrick’s death suspiciously falls from a high window, killing him. Celia begins to fear that the roguish man she married has returned to haunt her life once again.

Joining forces with Detective Nick Greaves to get to the bottom of the mystery, Celia is soon drawn into a murky séance group, where the voices of the dead suggest that everyone involved in the case is engaged in some sort of fraud or deception. Determined to discover which of them might be a killer, Celia and Nick will find themselves following a trail of clues that leads them down dark alleys into a shadowy tangle of spiritualism, altered identities, traumatic pasts, and secrets worth killing for . . . 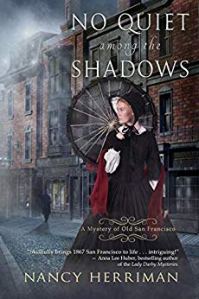 Can you give us a recap of the first two books in the “A Mystery of Old San Francisco” series?

In the first book, No Comfort for the Lost, we meet Celia Davies, a widowed nurse who runs a free clinic for the poor women of San Francisco. When one of her patients mysteriously drowns, she fears the crime will go unsolved. Detective Nick Greaves, however, demands justice. Together, their search for the killer will take them from Chinatown to the Barbary Coast to the city’s gilded parlors. And entangle them both in a potentially fatal conspiracy.

Book 2, No Pity for the Dead, opens with the Irish orphan Celia has befriended finding a corpse buried in the basement of the place where he is employed. The husband of Celia’s closest friend becomes a suspect, and she turns to Nick to help find the true killer. The husband, though, is the detective’s old enemy. Nick and Celia must put aside their personal feelings about the case—and each other—to prevent the wrong man from hanging for the crime. 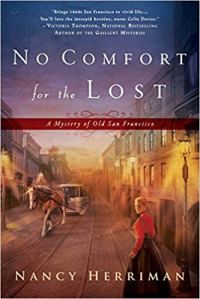 What kind of research did you have to do for this particular book?

I hate to give too much away, but I will mention that one of the characters in No Quiet among the Shadows is a spiritualist, and in the course of things, Celia ends up attending a séance. I had to dig into what typically occurred during a séance at this time period in order to make the scene as realistic as possible. While researching, I also discovered that the Spiritualism movement supported women’s suffrage, which I hadn’t known before. It added an interesting dimension to this character’s personality.

What was the hardest thing about writing No Quiet among the Shadows?

When I began work on this novel, it had been 3 years since the second book in the series, No Pity for the Dead, had been published, and I’d been writing my Bess Ellyott series in the meantime. That time gap meant I needed to reacquaint myself with all my characters and where I’d left their various stories. I also had to switch from writing from the perspective of a Tudor-era herbalist back to that of an 1860s English woman in America, which was harder to do than I’d expected.

Can you tell us what’s next for Celia Davies?

I am currently at work on the 4th book in the series, which will find Celia caught up in the mysterious disappearance of a local politician, the curious goings-on at a ‘water cure’ medical institute, and suspicion of revenge. It will be released in early 2021.

I love reading historical mysteries, so I’d also love to know more about your other series, the Bess Ellyott Mysteries.

This series is set in the waning years of Elizabethan England. We meet herbalist Bess Ellyott in the first book, Searcher of the Dead. She has fled London after her husband’s murder and takes refuge in the countryside. A peaceful life until her brother-in-law, a prosperous merchant, is himself found dead, dangling from a tree, a rope about his neck. A supposed suicide, although clues suggest otherwise to Bess. However, she’s uncertain she can trust the town constable to help. Kit Harwoode, though, will cross members of his own family to uncover the killer…whose next target may very well be Queen Elizabeth I herself.

In the second book, A Fall of Shadows, a traveling player is brutally murdered outside Bess’s village, his body left atop the rumored site of a Druid temple. The same night, a bleeding woman seeking help collapses at Bess’s doorstep. Bess and Kit will work together to understand if the two events are connected, while struggling to keep the villagers’ growing fear that a witch’s black magic is at work from spinning dangerously out of control.

Are you in a critique group or partnership?

I was part of a critique group when I started writing, but I’m not any longer. I do, however, occasionally seek advice from my former critique partner, Candace Calvert, when I get stuck or need her expert opinion. I frankly believe I wouldn’t be a published author without her steadfast support and guidance. We writers need to stick together. It’s a tough business.

What is your favorite genre to read?

Perhaps not surprisingly, I enjoy historical mysteries and novels. I primarily read a lot of magazines, though. I think my attention span has grown too short to read books! My taste in magazines also leans toward ones that focus on history or archaeology, although I do have several cooking magazines on my bedside table right now.

What are your favorite movies?

Pretty similar to my taste in reading. However, I do really enjoy rewatching Harry Potter movies. I’ve also developed an interest in documentaries lately.

My Facebook page (https://www.facebook.com/nancyherriman.mysteries/)is the easiest place to interact with me. I am also at my website, http://www.nancyherriman.com/.

Both Amazon and Barnes & Noble carry my books, along with some independent booksellers.

Readers, be sure to leave a comment below! Anyone who comments will be entered to win prizes at Nancy’s Facebook launch party on March 3rd!

Nancy Herriman retired from an engineering career to take up the pen. She hasn’t looked back. A multi-published author, her work has won the Daphne du Maurier award, and Library Journal has said her ‘A Mystery of Old San Francisco’ series is “atmospheric (and)…just the ticket for anyone who misses Dianne Day’s ‘Fremont Jones’ series as well as readers of Rhys Bowen’s ‘Molly Murphy’ historicals.” She is also the author of the Bess Ellyott Mystery series.
When not writing, Nancy enjoys singing, gabbing about writing, and eating dark chocolate. She currently lives in central Ohio.
Thanks for being here today, Nancy!
Until next time,
Amy