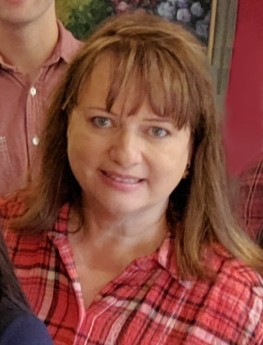 Today I welcome mystery and thriller author Victoria Benchley to Reade and Write. I hope you’ll take a few minutes to read the post and get to know Victoria and learn more about her books. She’s here to discuss her most recent release, The Marsden Murder Club: Swiss Revenge.

Welcome, Victoria! With all that’s going on in the world right now, an escape to Switzerland in the pages of a great book sounds perfect.

Give us an overview of your new release, The Marsden Murder Club: Swiss Revenge.

Abandoned by her father at a young age and sheltered by an overprotective mother, Charlie Swain developed a unique skill set to ensure her emotional survival.  As an adult, she’s given the opportunity to learn about her deceased dad in exchange for employing her unusual talents within a secretive organization. But facing a serial killer was never part of the bargain, and she’ll learn that sometimes, it’s kill or be killed.

For years, the Marsden Murder Club quietly solved cold case murders.  After the public becomes aware of their success, members begin to drop like flies.  Putting their faith in new recruits could be their salvation or their demise.  Set against the world-famous Montreux Jazz Festival and the Swiss Alps, The Marsden Murder Club is a gripping mystery suspense thriller that will keep you guessing until the end. Because when the hunters become the hunted, who can you trust?

Tell us about the inspiration for The Marsden Murder Club.

Years ago, I was traveling by train in Europe with my husband.  I observed the surrounding passengers during the journey and later revealed to my husband what the various people were about.  “That man who sat in front of us?  He’s having an affair on his wife.  That pair three seats up?  They’re professors.  Not married.”  As I gave him the rundown on the other passengers, Steve became gobsmacked.  I built the idea of analyzing or reading people (but at a much higher level) into this novel.

I’d also seen a news program over 20 years ago regarding a small group of laypeople who donated their time solving cold case murders.  Their leader was an older woman, and they’d experienced great success.  At the time, I thought it would be a great premise for a book.  Researching this series, I discovered a large real-life group of professionals who do the same thing, the Vidocq Society.  I give a nod to them later in the series.

As I understand it, you’ve written the next two books in the series.  Is that correct?  What are they called, and can you tell us about them?

Book two in the series, The Gallery of Ghosts, is currently available to preorder from Amazon.   Two years after Switzerland, the Club takes up another cold case, closer to home.  The son of a wealthy family from the Hudson River Valley is the victim of an unsolved murder.  But when the dead speak, you listen.  Again, one of my real-life experiences inspired this novel.  I don’t want to give away any spoilers, so let’s just say many of the characters return to find out less separates them from the here and now and the hereafter than they supposed. 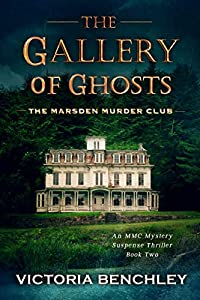 Book three, Friends & Killers, is undergoing final edits and will be released soon.  This time, the Club decamps to New Hampshire to solve a case involving one of their own.  But, as some already know, your friends can kill you, and putting your faith in the wrong person can spell your demise. 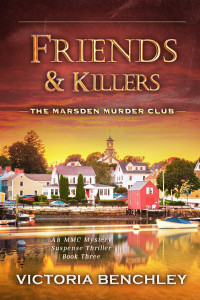 You also write the Duncan Dewar Mysteries.  What made you switch from cozy-style mysteries to thrillers?

Picking a genre is always a tough thing for me.  I’d authored seven Dewar Mysteries and a related short story.  I guess I was ready for a change.  The Marsden Murder Club had been rolling around in my head for a while.  I’ve stayed true to myself which means the new series is clean, free of cursing, and devoid of unnecessary gore.

Do you prefer to write one style of mystery over the other, or would that be like comparing apples and oranges?

I seem to prefer whatever I’m currently working on.  Right now, that’s mystery thriller suspense.  Again, it’s easy for me to slip between the lines separating the different genres.  It’s something I struggle with.

Have you visited Switzerland?  If yes, would you tell us a little about it?  Switzerland is near the top of my Bucket List.  If no, what made you decide to set your new novel there?

Yes!  I’ve been to Switzerland twice (in the summer & the fall) and traveled through its various regions.  I went to Zermatt, near the base of the Matterhorn, because my grandmother had been there shortly after WWII and said it was her favorite spot in all of Europe.  This charming village allows no cars, so you must take a cog train to get there.  It’s gorgeous.  But do go prepared to spend! All of Switzerland is expensive.  Even McDonald’s is pricey compared to the States!

I’ve also been to the Jungfrau area, the country’s major cities, and various stunning alpine villages and beautiful lakes.  Most of the photos I use to promote the book on Twitter are my own.  Lausanne, where this novel takes place, is a fascinating city full of history that I’ve visited twice.  Several towns line the shore of lovely Lake Geneva in this area, including Montreux.  Nearby in Veytaux, you can tour Chillon Castle (featured in this book).  Chillon remains one of the most-visited castles in Europe.

Despite all the natural beauty, one must stay alert in Switzerland’s larger cities, including Lausanne. I have to say, one of the few places where I felt a bit unsafe in Switzerland at night was charming Lucerne.  It had a creepy feeling, and after that visit, I learned that it was a major drug capitol where one could observe used hypodermic needles between the cobblestones!  The Alps are often socked in with weather, so take appropriate clothing no matter the time of year.  We experienced snow in July and my son even went skiing!

Will you continue to write the Duncan Dewar Mysteries in addition to the Marsden Murder Club Mysteries?

I believe I have at least one more Duncan Dewar novel in me.  The plot is already rattling around in my head.  I’ve spent the last three years writing The Marsden Murder Club Series, so I’m not quite ready to tackle another at this time.

What’s next for you?

A writer friend suggested we team up and do a series of sweet romances.  About four years ago, I wrote a three-book sweet romance series under the pen name Violet Sparks, and something light sounds pretty good right now!  So, we’ll see if that gets off the ground.

Funny (at least that’s what people say), empathetic (if someone’s crying, I usually cry with them), and Christian.

What do you like to do when you’re not writing?

I love to do creative things.  I quilt, cook (I just wish I had a sous chef!), and paint.  Music has a role in our lives, as my husband is a former tympanist and jazz musician.  I enjoy watching sports, and I cannot get enough of a good book.  Spending time with family and friends also tops the list. I’ll admit that certain reality television programs remain a guilty pleasure.  I recently discovered Instagram and I find it a treasure trove of artistic inspiration.  We enjoy visiting our national parks, and any time I can travel, I count it a blessing.

I was raised on the classics, but my tastes run the gamut.  I love history, biographies, true crime, and atmospheric mysteries.  Almost anything.

My novels are all available on Amazon.  You can find links to them on my webpage at www.victoriabenchley.com.

Where can readers learn more about you?

Readers can sign up for my mailing list on my website at www.victoriabenchley.com by clicking the big green button.  My preferred reader group hears the latest news and receives special perks from time to time.  I recently sent Swiss chocolate to a few lucky members!  Those interested can also see my bio on the webpage and can take a look at my past blogs on taking tea at www.victoriabenchley.com/blog/.

In addition, my author central page on Amazon stays up to date with my books and blog posts.  You can follow me there at https://www.amazon.com/author/victoriabenchley.

I tweet about my books & those of other authors @vbenchley on Twitter. I haven’t had much time for Facebook lately, but you can also find me there at https://www.facebook.com/vbenchleyauthor/ where I’ve posted stunning pictures of Scotland.

Tea or coffee?  Tea, with coffee a close second.  Have you experienced Nespresso?

Cats or dogs?  I love both cats & dogs

Printed book or eBook?   eBooks are so convenient and take no space, but there’s still nothing like holding a real book in your hands. It’s a toss-up.

Thanks for visiting, Victoria! Before I sign off, I’d like to let readers know that I’ve had the pleasure of reading and reviewing The Marsden Murder Club: Swiss Revenge. I gave it five bright stars on Amazon. Click here to read the review.